I created visual design pieces to illustrate songs from the Owl City album "Ocean Eyes".
​
GOALS
For this project, I wanted to:
"Ocean Eyes" is full of beautiful, summery lyrics that conjure up bright, lovely, surreal mental images in my head. Music is something I have always drawn artistic inspiration from in my life; I was excited to explore this in digital design. Art booklets in CDs appealed to me when I was younger and I looked forward to getting to create one for myself.

TOOLS USED
For this project, I used Adobe Photoshop CC to create the images. Unsplash was my photo resource - it's my favorite place to find free, beautiful, high-quality images. 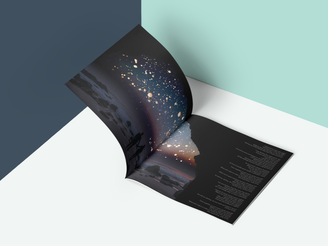 INSPIRATION
To start this project, I wanted to fill my head with the music and lyrics of Ocean Eyes. I put my headphones on, started the album, and sat with a sketchbook and pen. As I listened, I wrote down words and phrases that came to mind; some were direct lyrics, some were components I heard or visualized.

Below is what I wrote for the songs I chose to do the project on - I took notes from every song on the album, and decided these gave me the clearest mental images.
I also pulled out some CDs from high school of albums I love, and looked at the art booklets for those, including another Owl City album. I had been captivated by these art booklets when I was younger, and wanted to figure out what it was that made them so intriguing and how they fit with the albums they represented. I wanted my pieces to visually embody the music of Ocean Eyes, so I explored what others had done.

Some albums, like Taylor Swift's Speak Now,  had whimsy scenes depicting the story of a song; others, like Muse's The 2nd Law, had surreal artwork of much more abstract concepts. I wanted to create scenes that were both whimsical and surreal.
IMAGE BOARD
After jotting my song notes down and researching other album booklets, I went to Unsplash and started searching some of the words and phrases from the songs, and created a collection with my findings so I could see them all in one space. After making the image board, I started pulling images I thought might work for my pieces.
FIRST DRAFTS
Using the images from Unsplash, I started designing mockups to try and see if the images I had in my head could be achieved.

FEEDBACK & CRITIQUE
I showed my work to my classmates and professor to get critique and feedback.

WORKING FROM CRITIQUE
I took the critique and feedback from my class and professor and used it to iterate and continue working on my project. 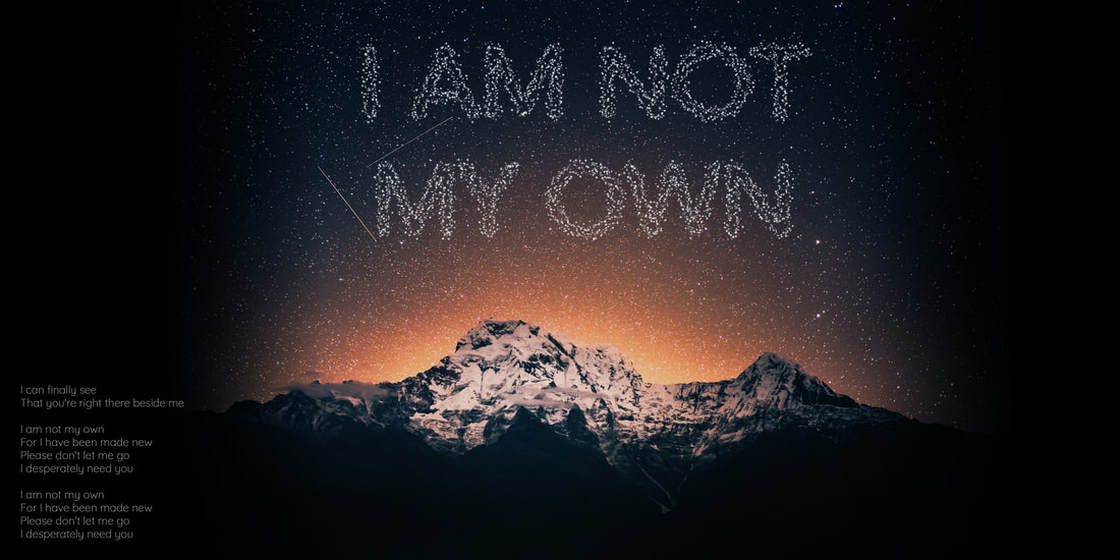 METEOR SHOWER
This one turned out exactly like my original plan, which is a rare occurrence in my design and something I was very pleased to achieve. Meteor Shower is very important and beautiful to me, and I am glad to have been able to create a beautiful representation of the lyrics of this song.

SALTWATER ROOM
I struggled with this one. I liked the lyrics of this track so much, but just didn't know how to visually represent them. I am happy with how this turned out, however. I chose to illustrate the lyrics "as we walk along the shoreline...turn off all of the lights and set this ballroom aglow."  I considered placing those specific words on the image, but as I was implementing the lyrics into the piece I decided that I liked the image and words being separate components. 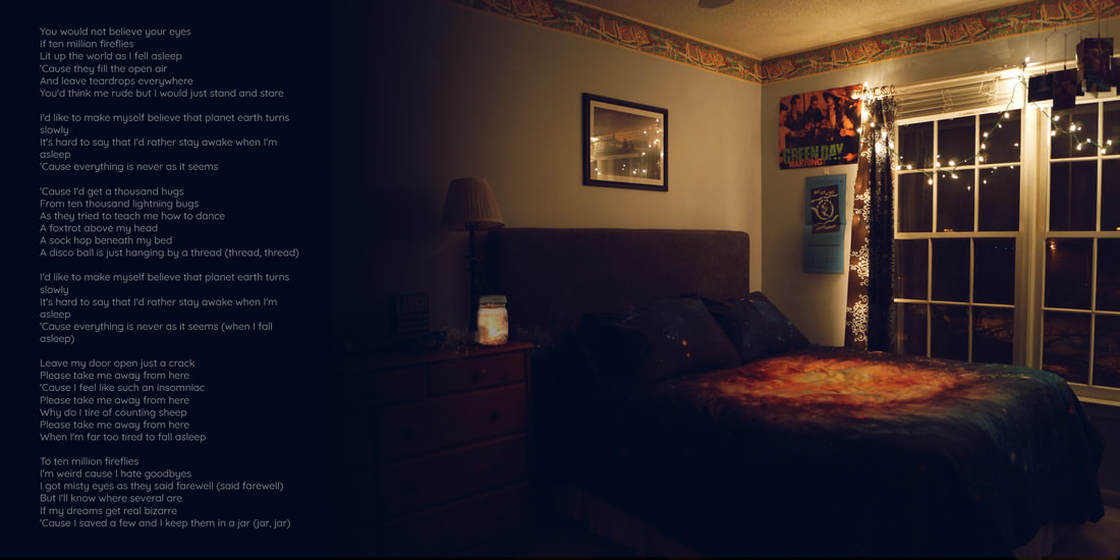 FIREFLIES
I like the simplicity this piece ended up having. The room at night, with the flowing jar on the dresser hinting at something a little bit magical, a little bit surreal. I like how this one fades into the blue/black of the lyrics section, and how the lyrics don't take away from the image. I ended up taking a photo of my own bedroom to use for this; I felt this gave me the effect I wanted.

UMBRELLA BEACH
I'm very happy with this piece. It was difficult getting to this product from the initial image in my mind; I had to sort of adapt my mental image as I worked on the image in Photoshop. I feel like this achieved my goal of creating a collage of many different photos that looks convincing. I worked carefully on each flower in this piece to ensure that it blended in with the overall image. 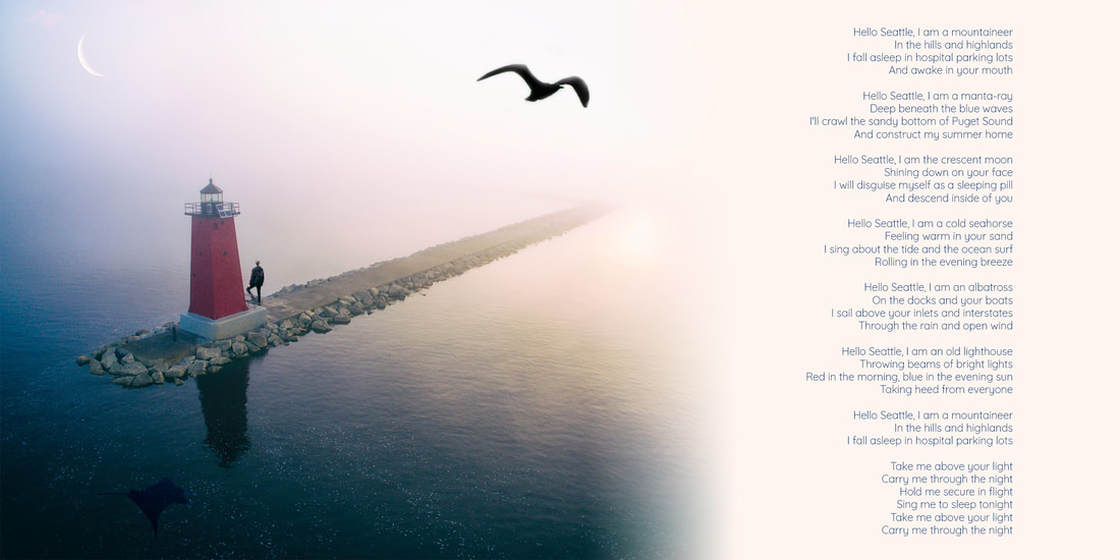 HELLO SEATTLE
This song has a different, brighter sound than some of the other tracks on the album and I wanted to reflect that in this piece. I perceive this song as being happy, but pensive.